All blog posts Inside Ibexa

A close encounter of the wolf kind 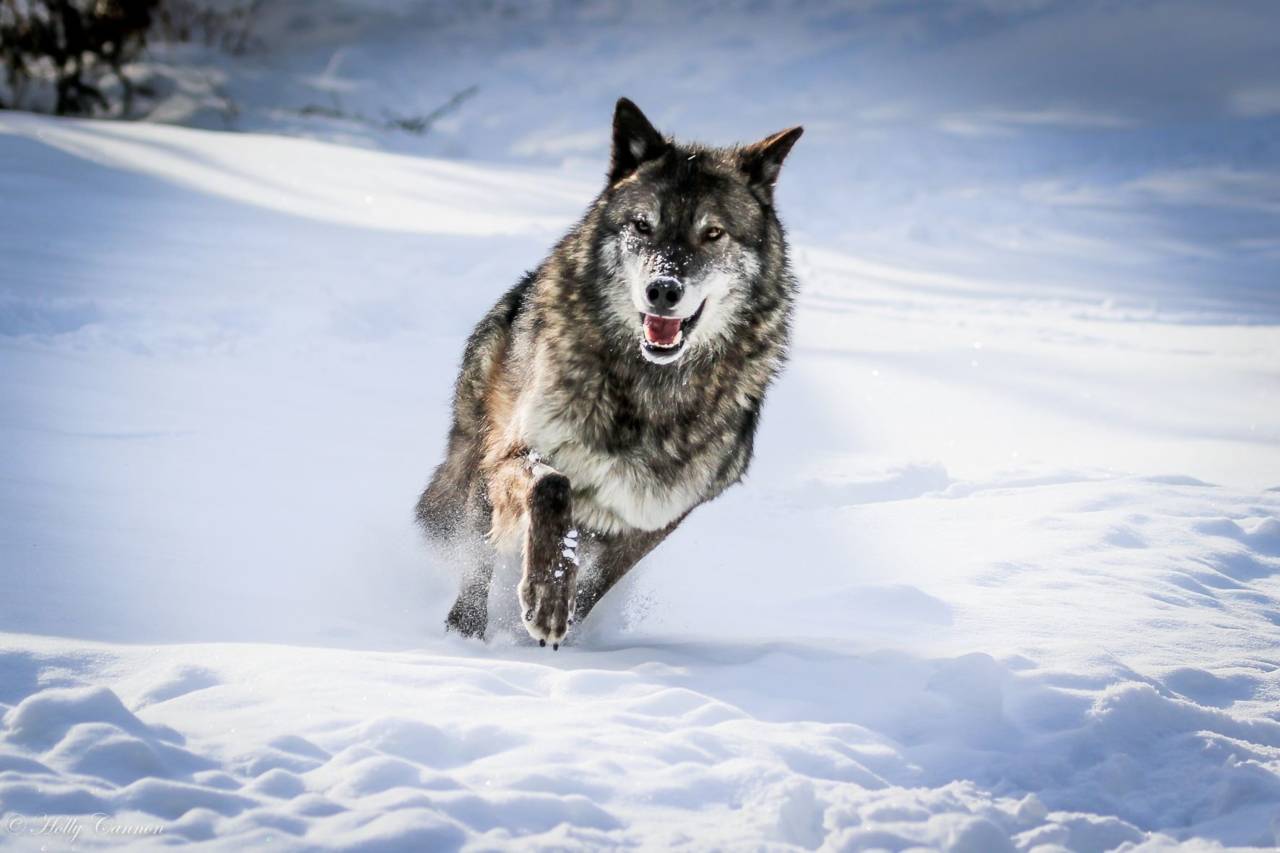 In a departure from our usual blog posts, I recount a recent wildlife encounter I had this winter, and how we, at Ibexa, through our Corporate Responsibility efforts are raising awareness around the problem of abandoned animals in the European markets where we are most active.

There is political controversy surrounding the return of wolves into human habitats across Europe. Interestingly, this illustrates the complex relationship of man with nature and climate. Shall we preserve the environment at all costs, even at the cost of an economic slowdown or an increase in inequalities? Vice versa, shall we give priority to man and its subsistence?

Since the 1960s, wolf packs have re-established themselves in Norway as well as Sweden, and since the 1990s in France as well as Germany. Lone wolves have also been sighted in Holland, Denmark and even Luxembourg. The wolf is returning to peopled landscapes after centuries of persecution throughout Europe, except in Italy, where it could always take safe refuge in the Abruzzese mountains. Therein lies an ideological reason: the Capitol Wolf, which fed Remus and Romulus, founders of Rome, is regarded as a symbol of the inception of Roman civilization.

Predictably, local European populations often complain about the return of wild wolves, migrating from Italy and Slovenia. The image of the man-eating wolf has left deep sensations of fear in children's fairytales (“Little Red Riding Hood”) and daily life expressions (“keep the wolf from the door,” “man is a wolf to man”). Remember that up until the eighteenth century, wolves were one of the main causes of child mortality in France. Nowadays, one single animal can attack, savage, and kill dozens of sheep, this creates stress on farmers, even if government subsidies usually compensate for the loss.

Vice versa, environmentalists unanimously welcome the return of the wolf: it helps, for example, balance deer and wild boar populations. If uncontrolled, deer and boars multiply across public forests and agricultural fields, destroying young trees and future harvests, leaving the land infertile and sterile. More generally, scientists have observed that the best way to regulate wild fauna and flora is to just let them regulate themselves (“Thinking like a mountain”, Aldo Leopold).

Always feeling connected to nature, I have approached wildlife many times during hiking trips, often by accident: wild buffaloes, antelope and rhinos in Kruger National Park in South Africa, wild bison and grizzlies in Yellowstone, Yosemite and Glacier National Parks in North America. Nothing matched my shock and awe when I encountered a wild wolf in the Vercors mountains in France.

It was (again) lockdown time after Christmas during the winter of 2020. My family had rented an isolated chalet on the border of the Vercors National Park, one of the vastest expanses of untouched land in France, a park where ASPAS, a wild animal protection association, is based.

The nearby ski resort of Villard had been prepared, then left untouched and closed for lockdown. It felt like a ghost town: cabins, lifts, facilities all sitting idle as the resort was deserted, it already felt derelict. An easy group decision was made, we would go mountain skiing with seal skins stuck to our skis for the uphill part, to be removed for the downhill part.

After three hours of uphill effort, we came to the top of the ski resort. As sensible teenagers, my sons could not wait and immediately started the downhill race. They had been climbing and sweating just for that, they were also ignoring what they were about to miss!

I stayed for a while at the top, embracing panoramic views of two mountains: the Alps to the west, the Massif Central to the east, it was so stunning and enjoyable I did not see dusk coming.

When it is dusk at the top, it is dark in the valley, it is more than time to go. Starting slowly because of the unprepared ski track, I suddenly realized I was not alone. A big grey wolf was running fast next to me (not after me as I am still here to recount the tale) on the parallel grass track. I was not sure it was actually a wolf until it came close to me, at around twenty meters. There was little chance I could out speed it on a rough ski track, so I observed silently, not daring to take a photo, fearing it could be my last pic.

What strikes and amazes me with wild animals is how they defy gravity: their body dynamics are world apart from tame animals or humans. In the wild, I have seen giraffes get into motion in a split second upon threat, idle bison suddenly jump over a two-meter fence, herds of antelopes climb mountains in minutes, mountain goats walk on near vertical cliffs.

I was shocked and to be honest scared by this surprise encounter but also by the size and velocity of this wild wolf. It dwarfed the size of any large dog; on each jump it was progressing no less than three meters. While running downhill, it had these graceful and powerful undulations spanning from head to tail and creating beautifully efficient momentum. No wonder such a highly evolved creature roams forty kilometers every day to feed and mate. I instantly thought: what a beast!

My sons often make fun of me when I tell them the tale, but at that very moment I felt both incredibly lucky and incredibly fragile. “Am I really this guy alone in the mountains with a big wild wolf running next to him?” This vision lasted only for about twenty seconds, but it really left a mark on me and compelled me to find out more about the history and wolves’ natural habitat.

I now have a deep admiration for wolves and find inspiration in them. They are very social animals; their chances of surviving are much higher when living in packs than when being alone. They may nevertheless leave the safety of a pack to create their own family and prospect new territories, as we are now seeing throughout Europe. They are also cases in resilience: in Yellowstone, I was exposed to the inspirational story of Limpy, a limping wolf that survived, hunted, and even led a pack despite its broken leg.

I am baffled by the extent of human-driven animal extinctions and their dire environmental consequences. Over the past several thousand years, 57 out of the 80 largest wild animal species (400+ kg) have been wiped out of the earth (see megafauna extinction), the most famous one being the woolly mammoth. According to historians, overkill is one of the possible explanations for this mass extinction.

It is not too late to act towards the welfare of wild animals, for example by supporting associations like ASPAS which buys and protects expanses of wild land (a rare resource in many European countries) for wild animal preservation.

If you are interested in learning more about Ibexa’s actions towards the welfare of animals – wild or abandoned, please visit our corporate responsibility page.

Hello
You are accessing the English-language website for Ibexa. Would you like to continue here?
Yes, Continue